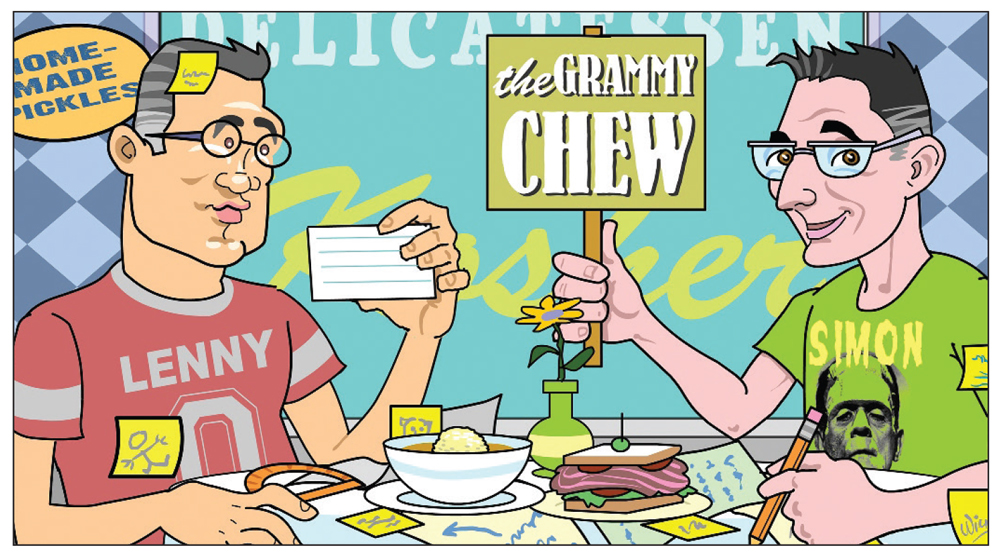 With new artists driving the marketplace and popular culture, there are plenty of acts to consider as Best New Artist candidates for the ’22 Grammys .

As we all know, Grammy does what Grammy wants. Even with Harvey Mason Jr. ’s changes to the committee structure, the exit of longtime Chief Awards Officer Bill Freimuth and various adjustments to the rules, the long history of head-scratchers in this category means not much is guaranteed.

Indeed, one of the year’s most impressive breakouts—R&B crooner GIVĒON —is disqualified from the category because he was previously nominated. His prior nomination came before “Heartbreak Anniversary” exploded and he arrived as a true player on the scene. We expect he’ll be a serious contender in the other main categories, but it seems ridiculous that his first album can’t be considered in the BNA category because of a prior nom. He’s actually one of many artists so excluded, including genre-blurring star Kali Uchis and countless Nashville acts. It even happened to Lady Gaga . It’s a dumb rule that dampens one of the primary purposes of the Grammys—discovery.

The Academy’s decision to ban commercial stats from For Your Consideration ads is part and parcel with a tradition of forsaking popular artists. Of course, we can include all the stats we want in this article because it’s not advertising, as far as you know.

So who will be some of the top BNA contenders if sanity prevails? Here are the artists we think should be a lock, as well as a few who deserve at least a serious look.

Olivia Rodrigo: Geffen ’s teenage phenom is the new-artist story of 2021, a seemingly unstoppable freight train of pop appeal. Rodrigo kicked off the year with the massive “drivers license” (now well past the 1b mark at Spotify ), then followed that up with another smash, the rocking “good 4 u.” The superb performance of her album and her compelling, zeitgeisty material (she co-writes with producer Daniel Nigro ) signal the advent of an artist poised for ongoing domination. If O-Rod doesn’t make the cut, nobody should.

The Kid LAROI: Columbia ’s Aussie comet is also a teen, and his “Stay,” featuring Justin Bieber , is simply colossal, handily out-streaming the competition for weeks on end. But this Kid is bigger than you think and on Spotify, “Stay” hasn’t even caught up to prior cut “Without You,” now past the half-billion mark. His ever-evolving FCK LOVE* album has also seen boffo chart action. Charismatic and emotionally direct, TKL is much more than the sum of his hits.

Måneskin: Here’s something that rarely happens anymore: A rock band, fearlessly embracing glam and proto-punk, seizes the world’s attention—first with a Eurovision win, then global dominion. Here’s something that’s never happened before: Said band comes from Italy . Arista/Sony Latin ’s sexed-up foursome didn’t just break all the rules; they made their own. We’re guessing Grammy would like to have this sexy, disruptive crew on the show and in the mix.

Polo G: This Chicago rapper is another artist who’s bigger than you may realize. The fact that his albums have had a huge impact with only one huge track (“RAPSTAR”) is one indicator of his importance; another is the gravitas with which he tackles the struggles and tragedies he’s faced. He’s a true storyteller, and with his chart-topping 2021 set, Hall of Fame , he reached a new plateau. Moreover, there’s plenty of room for him to grow, both commercially and creatively.

Bo Burnham: If you were surprised by the success of the Imperial/Republic (via Ingrooves ) soundtrack to Inside , the Netflix special by this comedian/performance artist/troubadour, you probably didn’t see the show. Burnham’s work distills the bizarre, unprecedented psychodynamics of the pandemic—and the interior solitude it has enforced—like nothing else. His songs are by turns hilarious, stirring and shattering, mixing indie rock, EDM, Broadway and countless other genres into a heady medicine. Inside marks the rise of a distinctive and important voice.

Saweetie: After bubbling under for some time, Warner ’s hip-hop heroine seemed to hit critical mass with “Best Friend,” her delicious duet with Doja Cat , which ranks among the catchiest songs of the year. With a fully developed brand (expanded by a McDonald ’s campaign) and bolstered cred, Saweetie looks destined for the kind of pop-cultural visibility now commanded by Cardi and Megan .

Moneybagg Yo: The Memphis-bred rapper has been around for a while, but if Grammy is serious about “coming to prominence” as a criterion, he belongs on this list—he’s never been submitted before. Moneybagg’s A Gangster’s Pain , which enjoyed a #1 debut, felt like a true arrival. Expanding his street-savvy sonic and stylistic formula, the CMG /Interscope artist incorporated R&B elements and demonstrated a powerful new focus.

Tate McRae: Another teen making big noise—and capturing the emotional tenor of the times— RCA ’s Canadian singer/songwriter was an accomplished dancer and choreographer before breaking out with her own songs on YouTube . TikTok and streaming success preceded her first huge musical moment, the giant Pop #1 “You Broke Me First.” Her EP Too Young to Be Sad backed up the promise of her earlier singles, and MTV nominated her for its Push Best New Artist VMA . She deserves similar consideration by Grammy.

Jimmie Allen: The number of Nashville stars who contributed to Allen’s album-length collaborative version of his Bettie James EP ( BBR/Stoney Creek ) underscored the impact he’d made during his short time in the limelight. One of a handful of country artists of color who are enlarging the cultural perception—and stylistic reach—of the genre, Allen is the real deal, melding classic and new-school influences while reinforcing the fundamentals.

Arlo Parks: The British singer/songwriter’s Collapsed in Sunbeams ( Transgressive ) confirmed that she was a major arrival; AIM wins and Mercury and Ivor noms solemnized it. A modern poet with an adventurous alternative/R&B sensibility, Parks casts an unbreakable spell. Opening spots are planned for Clairo and Billie Eilish in 2022; a BNA nod would honor the Grammys’ affinity for left-field dreamweavers without raising eyebrows.

Walker Hayes: Monument ’s singer/songwriter was becoming a presence on the country landscape before unleashing this year’s “Fancy Like,” an irresistibly playful ditty that went nuclear on TikTok—launched by a clip featuring the artist dancing with his daughter—and became a smash on DSPs, radio and, well, you name it. The highly relatable Hayes is certainly on the shortlist of Nashville contenders for a BNA nod.

Glass Animals: Another rock-leaning project that’s become a streaming giant, the Republic alternative troupe has racked up big DSP numbers with the earworm “Heat Waves” (one of Spotify’s most-streamed songs of the summer). Glass Animals unquestionably have legs. The band has also won over audiences wherever touring has been possible.

Next time: Dark horses and other possible surprises.

With new artists driving the marketplace and popular culture, there are plenty of acts to consider as Best New Artist candidates for the ’22 Grammys. As we all know, Grammy does what Grammy...