The groundbreaking director talks about what earning 12 nominations for ‘The Power of the Dog’ means to her and cites her favorite performances of the year.

If an individual artist can be named MVP of Oscar nomination morning, that title would go to Jane Campion. Her film, The Power of the Dog, earned the most nods of any film from the Academy this year, including, for her personally: best picture, director and adapted screenplay.

“I feel like I’ve been carrying a load of emotion wondering what’s going to happen,” she recounts to The Hollywood Reporter of hearing the news today. “I did cry a little tear and go, ‘Oh, my God, that’s incredible.’ I’m so thrilled for my colleagues as well, the four actors, and so many of the people working on the film [who] did a beautiful job.”

Campion makes history as the first woman to be nominated twice for the top directing prize, having previously been recognized with a nom for The Piano, which earned her an original screenplay win. On that statistic, she says: “I think it’s just another sign that women are punching through those glass ceilings. I put the credit on the brave women that really blew the lid off Hollywood, with their revelations about abuse and inequality — I think there’s been a really big rethinking and a really active determination by men and women to see that change.”

She adds that the movement toward gender equality in the industry is “the reason why I’m here today with the 12 nominations. I was able to make a film that I wouldn’t have made without those women blowing things apart.”

Campion confesses she’s just been on the phone with her longtime friend and collaborator Nicole Kidman, who starred in her 1996 film, The Portrait of a Lady. “I’ve known her since she was 14,” says Campion. “I’m really happy for her. I thought she did beautiful work as Lucy [in Being the Ricardos ] . ”

Speaking on the other films in the conversation this year, she admits to being a huge Lady Gaga fan. “One of the actors that I thought — in the lead female actress category — who I missed being there was Lady Gaga [in House of Gucci ]. I thought she was extraordinary.” As for a nomination she was excited about outside of her own film’s: “You know, it was great seeing Kristen Stewart also nominated. I thought she was amazing. Her film … Spencer. I love that film. She was incredible.”

The Power of the Dog was additionally nominated for best actor, twice for best supporting actor, supporting actress, production design, sound, cinematography, editing and score. Campion was inspired to make the film, set in Montana but filmed in her native New Zealand, after reading the 1968 novel by Thomas Savage, gifted to her by her stepmother. 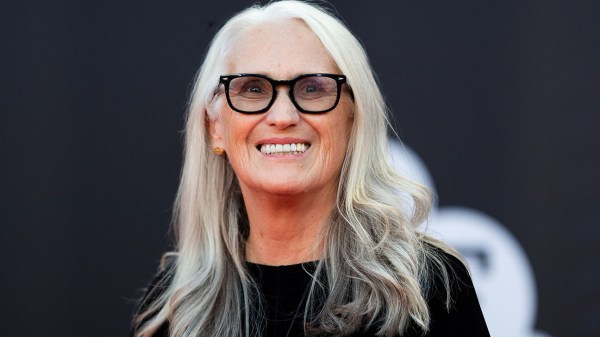 The groundbreaking director talks about what earning 12 nominations for 'The Power of the Dog' means to her and cites her favorite performances of the year.

“One of the actors that I thought — in the lead female actress category — who I missed being there was Lady Gaga [in House of Gucci ]. I thought she was extraordinary.”