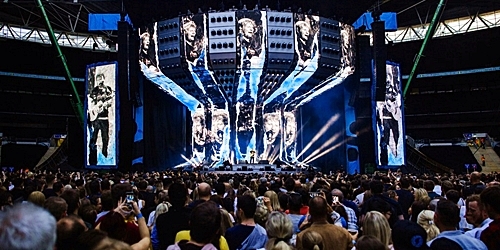 160k Likes, 1,136 Comments - Little Mix (@littlemix) on Instagram: “Amsterdam! You gave us everything! 😍🙌🏽 Thank you from the bottom of our hearts. Belgium you’re…”

Billie Eilish Announces ‘Where Do We Go?’ World Tour

Chart-topping superstar Billie Eilish has announced a 2020 arena tour kicking off in March. The Where Do We Go? World Tour, produced by Live Nation, will launch in Florida at the AmericanAirlines Arena and more than 20 other venues across North America.

Eilish will bring her debut album When We All Fall Asleep, Where Do We Go? to major cities including New York, Chicago, Detroit, Denver, Philadelphia, Nashville and two nights in Los Angeles. North American dates will close out on April 11 at Pepsi Live at Rogers Arena in Vancouver, B.C.

Following her U.S. and Canadian dates, Eilish will head to Mexico, Brazil, Argentina, Chile and Colombia from May 25-June 7.